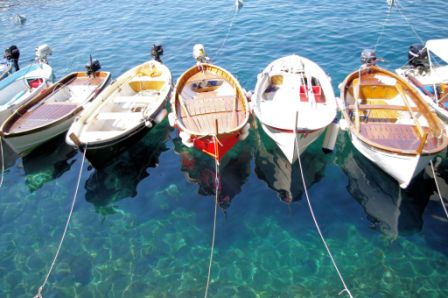 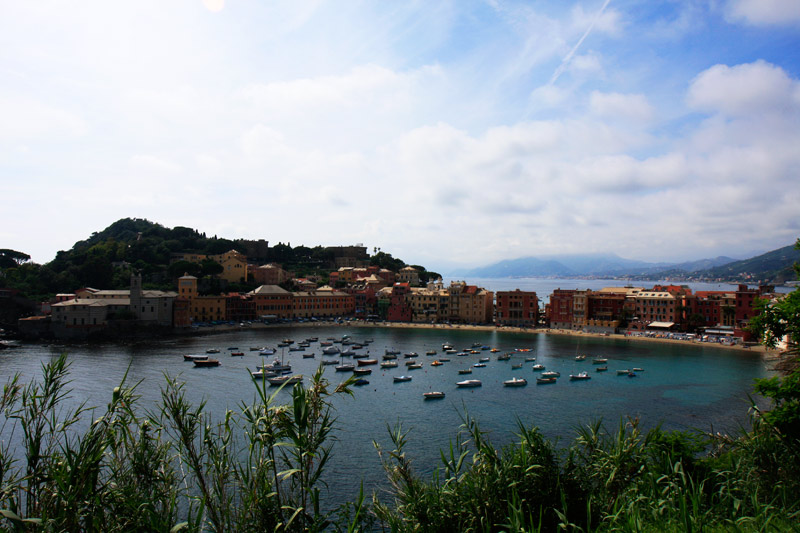 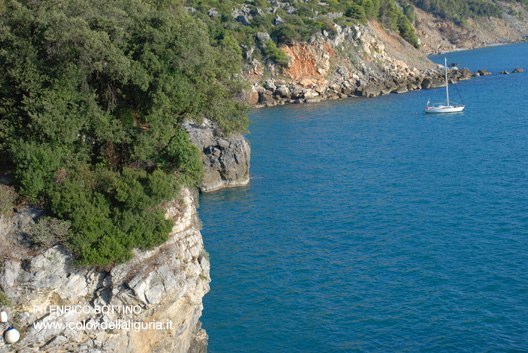 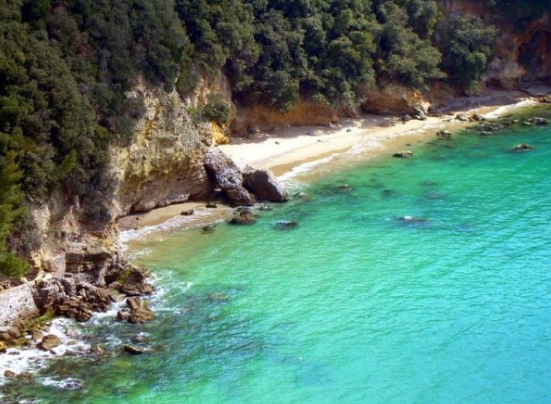 You are here: Home › Surroundings › The Coast

On the coast
Cinque Terre
From Levanto you can easily get to Cinque Terre, 5 picturesque villages against the rocks of the coastline and classified as UNESCO World Heritage site.  You can reach it via walking routes along the sea or via a comfortable train or boat connection.
Riomaggiore is one of the Cinque Terre: 5 picturesque fishing villages spectacularly situated against the steep rocky coastline north of La Spezia. A green and mountainous landscape with beautiful walking routes high above the sea rises above the rugged cliffs and bays. These villages are practically inaccessible by car. They are connected with one another by a railway line and by one of the most beautiful coastal walking routes of Europe.  Walking along this route you’ll find continuous panoramas over sea and over the terrace-sculpted hills. Olive and lemon groves bounded by small walls alternate with the famous local white wine’s small vineyards.
The Cinque Terre, designated as a national park, is internationally reputed by now:  Riomaggiore has, however, retained its original character; it has a friendly atmosphere and reasonable prices. You can go horseback-riding, rent bikes or swim along one of the small rocky beaches. You do have to take into account the considerable differences in height and stairs (not suited for less agile travellers!).

Levanto
Called the gateway to Cinque Terre, Levanto is a snug seaside village along the Riviera del Levante, the south-eastern part of the Ligurian coast. From Levanto you can easily and within minutes reach Cinque Terre by train. Levanto has a lovely pebble beach – nature lovers and hikers will certainly find something of their liking in these surroundings. You can make daytrips to Rapallo, Portofino and Genoa (82 km), but northern Tuscany (Forte dei Marmi, Lucca) is also within your reach.
Levanto has some 6000 inhabitants and is a good choice for people who want to be away from the many tourists and commotion.  Tourists here are mainly hikers who have come here especially for the many hiking routs and Cinque Terre; this is predominantly a bit older crowd of 30 years and over (source: www.ligurie.info).
Levanto has an interesting old city centre, many tastefully painted houses, a nice market on Wednesdays, restaurants, cafés, bars and shops where you can find something for everyone.  The second half of July is a good period to visit Levanto.  Guaranteed fine weather, pleasantly crowded and the San Giacomo (23-24-25 July) festival with – among other things – medieval scenes, a procession in the dark with some 30 150 kg crosses, fireworks, fair, etc.

Chiavari
The city is situated along the Gulf of Tigullio. The magnificent inner city and the beach draw many tourists to Chiavari each year. Characteristic of this city are the coloured houses and arcade galleries in the historical centre.  The surroundings of the city are the site of many pre-historic findings; these are displayed in the archaeological museum. Fishing plays an important role. Chiavari has fishing and yacht harbours. The furniture industry is specialized in the production of a chair: the elegant chiavarina.

Sestri Levante
The town is situated along the Gulf of Tigullio where the Gromole River flows into the sea.  Part of Sestri Levante is situated on the Isola peninsula which used to be an island up to the 11th Century. Two bays were formed because of this, the Baia delle Favole (bay of fables) and Baia del Silenzio (bay of silence). Many tourists find their way to Sestri Levante each year because of its magnificent location and fine sandy beaches.